A THOUSAND FACES LOOKING FOR PEACE BY HUONG AND LAAM

A new year and a new Peace Mural

It’s a new year! The hopes and new resolutions from all of us start to take shape to hopefully become better humans. Unfortunately, for many people around the world, the new year is still an ongoing battle of conflicts and wars that have caused the lives of many. From South America to the USA. From Europe to Asia and Africa, there appears to be no rest for the instability in many countries.

As an artist, working on peace for many years, Huong has strived to reach the hearts of the public to restore faith in humanity and inspire action against the injustice, the suffering, and the desperation experienced by the weakest. The new mural, is a work that was inspired by Nguyen Thi Hai also known as Mang “Mama”. Mang as Huong experienced the grief brought by war and worked restlessly for 6 years to produce a mural full of flowers with messages of peace, forgiveness, and courage for the ones that have experienced loss and grief. Many have contributed to the Peace Mural, including Gleen Ryals and artist Lamm.

The new mural is 8 feet by 100 feet, and includes work done by her artist guess Laam. It includes, panels expressing the thoughts  of people around the world. Huong includes the voices of those who through their work and action achieved to inspire peace in their homeland. The mural features; writers, poets, activists, politicians, religious leaders, artists among others.

Its 2019, and the it seems the world has not learnt from past mistakes, but Huong hopes that new generations of young people can bring meaningful change to a world that still needs PEACE! 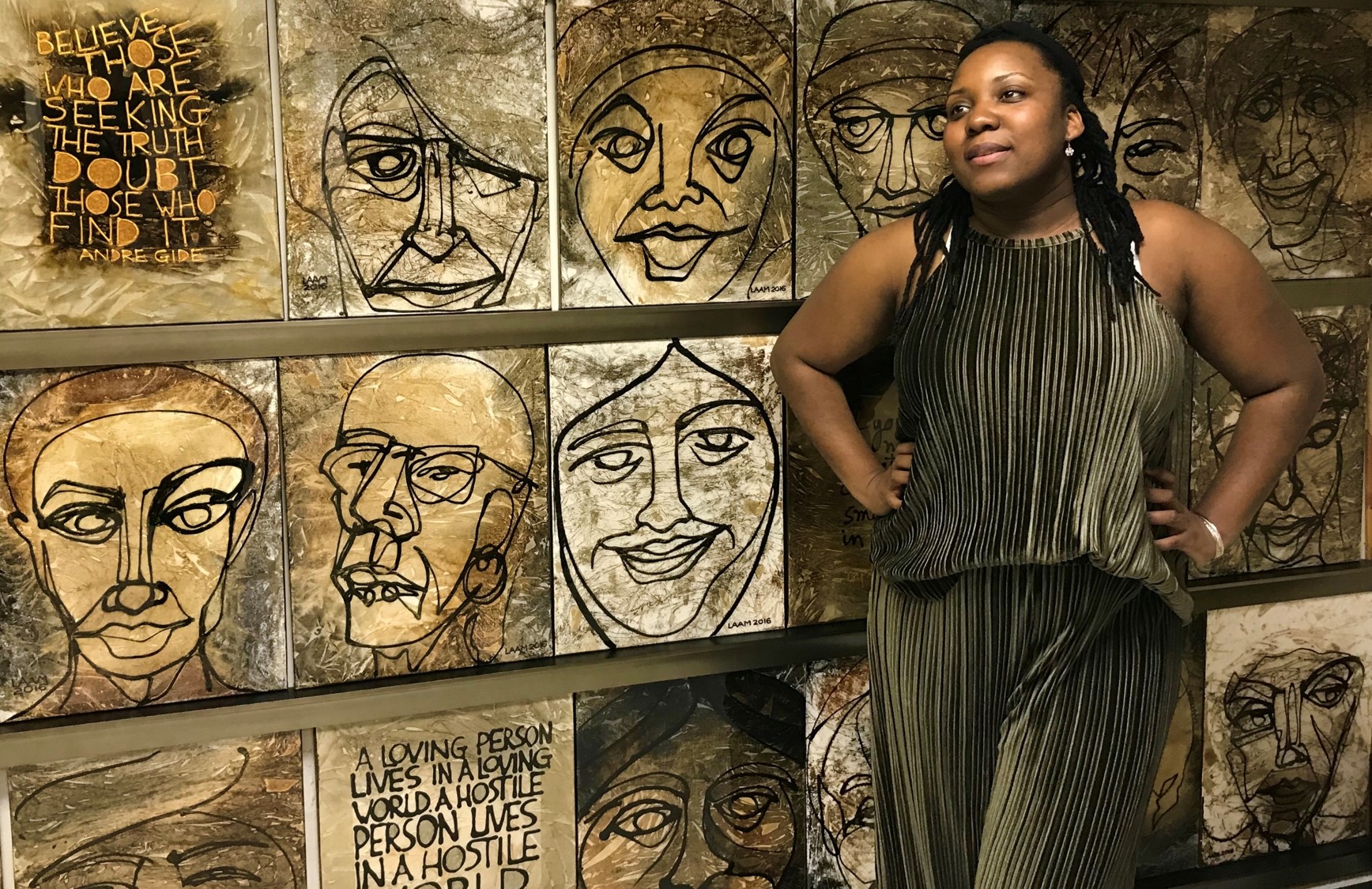 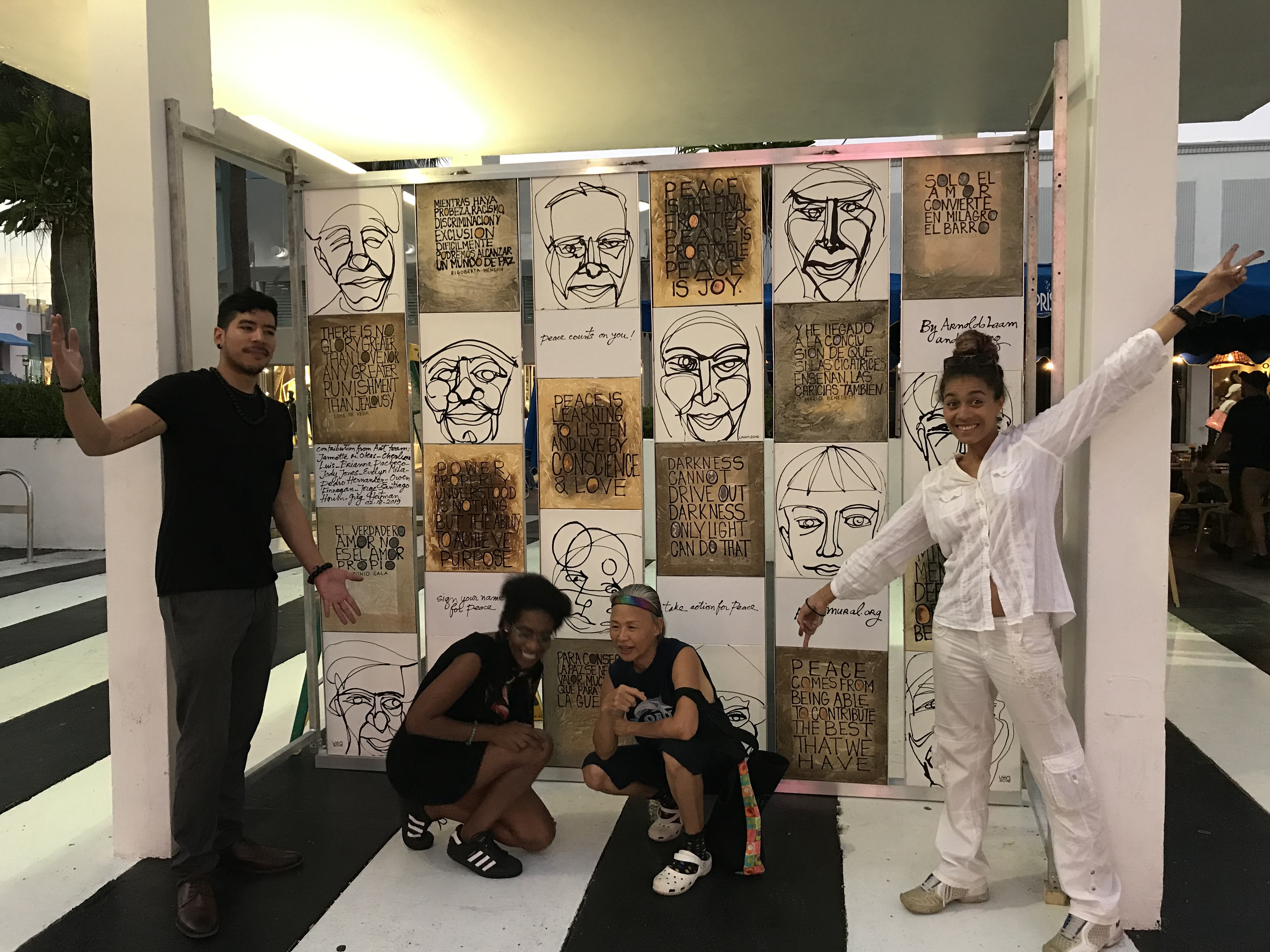 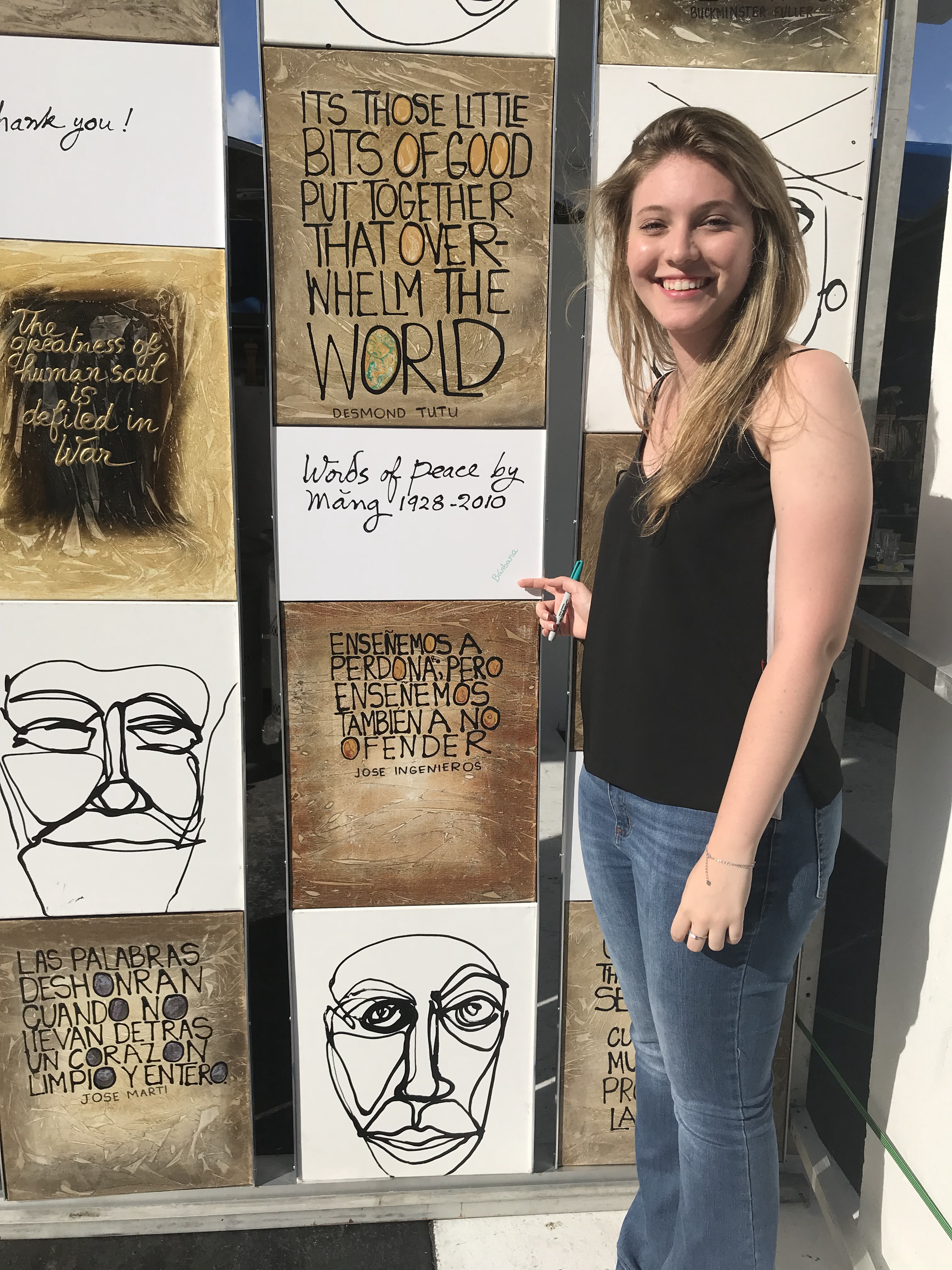